Nathan Corbett, the ‘Carnage’ – is hands down one of the most renowned, efficient and dangerous fighters in the current era of Muay Thai.

Nathan Corbett has carved his name in history by annihilating his opponents and devastating elbow blows, which has also led him to be dubbed “the man with the golden elbows”.

For years Nathan Corbett had dominated the light-heavyweight and cruiser-weight divisions. Since 2010 ‘Carnage’ has set his sights on heavy-weight class and has confirmed his Muay Thai superiority across the World.

His achievements have cultivated a strong and loyal fan base, not only throughout the martial arts sector, but amongst the general community through Nathan’s continued support for various charities and causes, such as his role as a White ribbon day ambassador and his anti-bullying campaigns.

Nathan Corbett is well respected among his fellow athletes, having been invited to train with the Gold Coast Titans and provide motivational speeches for the Gold Coast Blaze basketball team.

Nathan ‘Carnage’ Corbett has been fighting across the Planet, with his bouts televised in Europe, Australasia, South and North America.

Private Training and Seminars
In between media obligations, Corbett teaches Muay Thai at his “Carnage Striking” seminars across the globe and private 1-on-1 or group training throughout his home base of Southern California, USA. To contact Nathan about Muay Thai instruction, please send an email through the web form on his contact page. 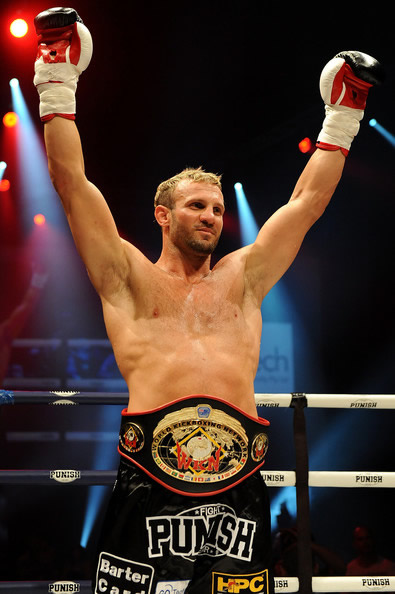